Delighted to have Janine Ashbless as guest today

Today's blog post features author Janine Ashbless, who has embarked on a blog tour to promote her new book, Cover Him In Darkness. I've read and enjoyed a lot of her short stories, and am delighted to have her as my guest today. 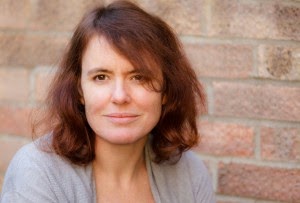 Janine is a successful writer of fantasy erotica and steamy romantic adventure. For her, “fantasy” is swords ‘n’ sandals, contemporary paranormal, fairytales and stories based on mythology and folklore. She likes to write about magic and mystery, dangerous power dynamics, borderline terror, and the not-quite-human.

Her books have been in print since 2000, and her novels and single-author collections now run into double figures. She’s also had numerous short stories published by Black Lace, Nexus, Cleis Press, Ravenous Romance, Harlequin Spice, Storm Moon, Xcite, Mischief Books, and Ellora’s Cave among others.

She is co-editor of the nerd erotica anthology Geek Love.

Madeline Moore has described Janine's work as "hardcore and literate", and Portia Da Costa says it is "vivid and tempestuous and dangerous, and bursting with sacrifice, death and love". 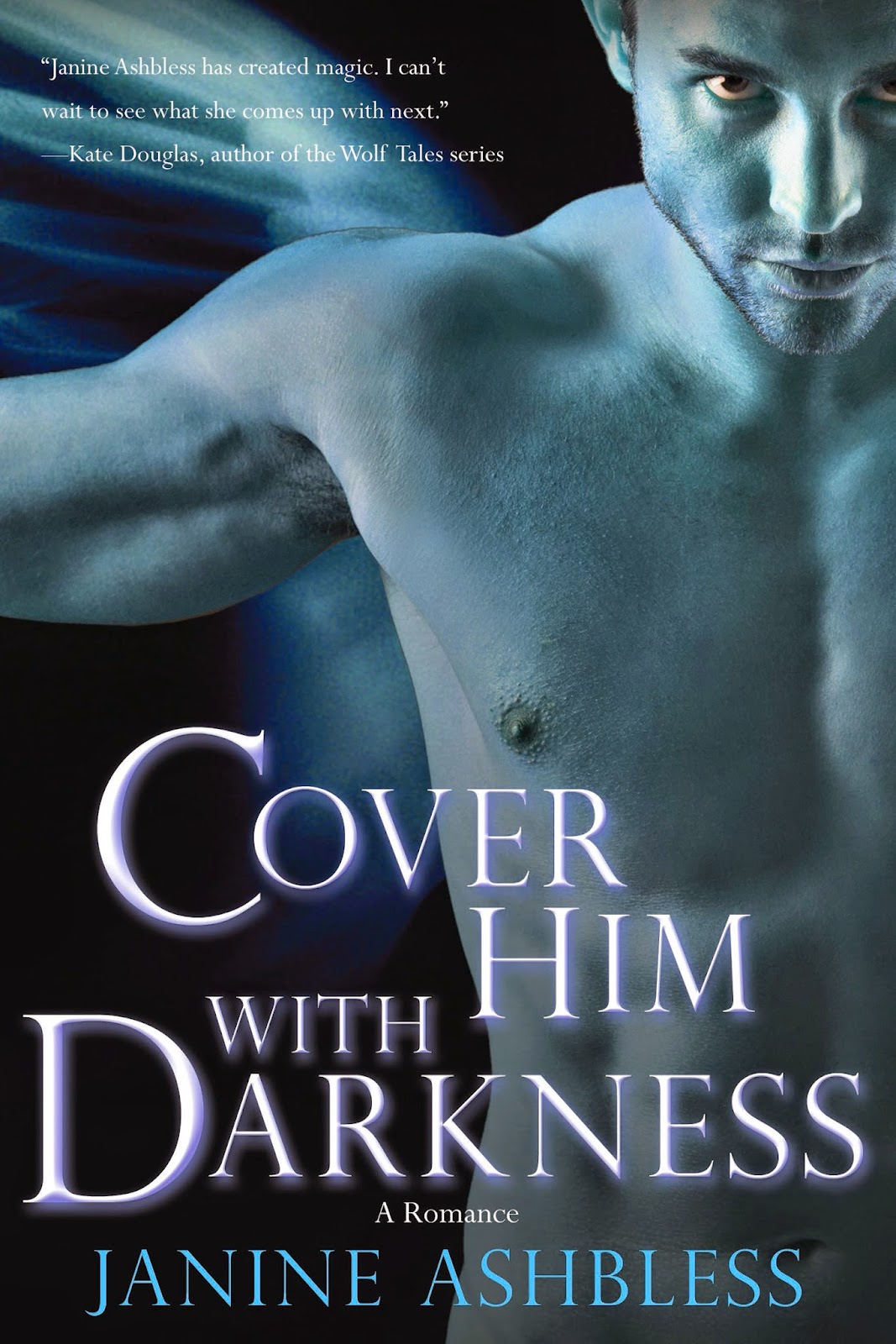 If You Loved an Angel... How Far Would You Fall with Him?

What happens when the daughter of the village priest falls in love with an archangel banished from heaven? Milja’s heart is struck when she catches a glimpse of the preternaturally beautiful prisoner her father keeps captive beneath his church’s altar. Torn between tradition, loyalty and her growing obsession with the fallen angel, will Milja risk losing her family, and her eternal soul, for the love of this divine being? Janine Ashbless will transport you to a world where good and evil battle for true love.

IS: Janine, welcome. Can you tell me where the original idea for this story and characters came from?

JA: All my stories start with a visual image. In the case of Cover Him with Darkness: a prisoner bound in a stone cell, watched by a young woman who longs to free him but fears what he might do.

art of a series? If so, how does it fit in, and what can we look forward to?

JA: Cover Him is the first of a trilogy. Now that Azazel is free, he has decided to release all the other fallen angels. The loyal angels will want to stop him, of course! Egan will not leave Milja uncontested with her demon lover and neither will a mysterious woman who has her own designs on Azazel. The Catholic Church will make its move. There will be twists and betrayals and undead saints and blasphemous revelations and death, as well as lots of hot and dirty sex.

IS: Sounds intriguing and entertaining. Definitely a novel which will be on my kindle before too much longer. Is there anything you remember which prompted you to start writing fiction?

JA: Interestingly, it was making friends with people who wrote short stories for fun. In particular, we all took on the challenge to write a short story for reading out at Hallowe’en. The feedback was crucial in encouraging me to do it again, and again, so although I say “I write to please myself,” I think that having some sort of audience too is absolutely vital.

IS: Can you tell me about the genre you write in? Why does this particularly appeal and how did you get into it?

JA: Yes, I write supernatural horror (under another name). It’s the genre I started out in, in fact. But erotica is more fun, and I suspect I just haven’t got enough real fear in my soul to focus for long on horror.

IS: Quite a few writers I know say their stories seem to have their own ideas, something I've had happen too. Have you ever had one take off in an unexpected direction, or had a character just “do their own thing?”

JA: Yes, and though it takes me by surprise, it always makes sense once I think about it. I’m a big believer in subconscious creation. In my novel Heart of Flame, a character unexpectedly gave up a crucial magical possession and I was like, “What? Are you crazy? That’s too much to sacrifice!” But she was quite right, it was the best solution to the situation she was in. It just left me trying to sort out the consequences…

IS: Moving away from writing, can you give five things off your “bucket list”?

JA: Firstly, go to Burning Man. It features in Cover Him with Darkness but I admit to working entirely off internet research. I'd also love to visit the Meenakshi temple in South India. And go white water rafting! I think it'd be great to move into a retirement commune with my role-playing friends. And finally, try something hallucinogenic. Once. Just to see if my subconscious is as weird as I think it is! It's illegal, so it'll probably never happen, frankly, because I am a good girl, but…

IS: If you could go anywhere in the world, but had to drop everything and go right now, where would you go? What pulls you there?

JA: I’d go south to see someone very special to me.

IS: Any individual male and female figure you particularly admire, dead or alive, and why?

JA: I don’t believe in putting people on pedestals and making idols of them. Everyone is fallible and you have to accept that. But I admire people who do things against incredible odds, particularly women who go against cultural expectations of passivity and helplessness. Harriet Tubman is a great example.

IS: What’s your passion in life?

IS: If you could pick a past life, what time period would appeal to you and why? Would you be male or female? Rich or poor?

JA: I’d so be male. It’s the side of my psyche that can’t emerge now except in fiction. And I’d be a hard-ass warrior of some sort ... maybe a Knight Hospitaller or something. Dammit, that sounds awful, but I have this unhealthy attraction to both spiritual ecstasy and physical violence, things that I utterly reject in my real life! Blimey, I should never have started this interview…

IS: Bearing in mind that NaNoWriMo starts today, what would you tell anyone who asked you for advice about writing a novel?

JA: Prioritise it. No good novel is ever written in your spare time when you feel in the mood and there’s nothing good on TV. That means giving up other stuff – stuff that you really want to do. Just grit your teeth and choose writing.

IS: Janine, many thanks for visiting. I do hope Cover Him With Darkness is popular and entertains a lot of readers.